A couple weekends back we got together our oldest group of friends, otherwise known as West Dallas Palace crew. The core group either went to college/high school with Alex, college with me (OK one person - hi Laura!) or college with Alison. That group lived at the same apartment complex near downtown Houston right after graduating college. It was through this group that I met Alex. We have added other friends, husbands and wives, and now kids.

But of course we don't all live within walking distance of each other. We are spread throughout the city and don't get together as much as we used to, meaning Friday and Saturday nights, typically at Bronx bar or Baker St. dropping it like it was hot. Alex would be so embarrassed I just wrote that if he ever read the blog. Which he won't. And we dropped it sooo much. So much.

Now this is what we do. 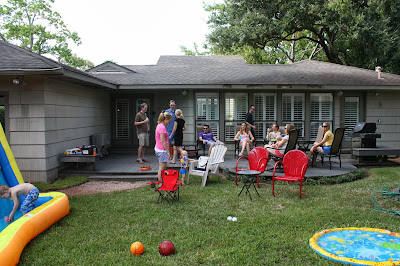 We blew up the water slide and the mini-splash pad and had a potluck dinner. 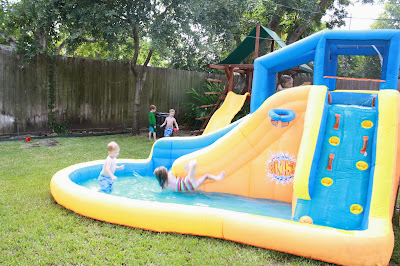 It was almost the death of the water slide when the spray function broke as Alex was putting it together. Luckily three engineers and an accountant figured out a work around. I would like to comment that it took longer than I would have thought...but I was "helping with the baby" inside aka watching KK hold her baby and comparing yoga stretches, and was not available to help. 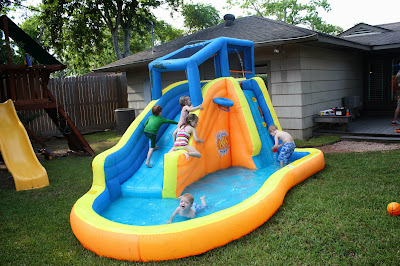 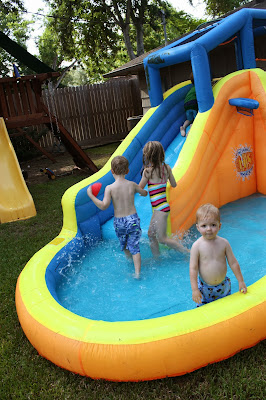 Baby William is hiding because his mom put him in a Woody (from Toy Story) bathing suit. Like I have any room to discuss embarrassing children's clothing, I know. And he was the cutest Woody I have ever seen. 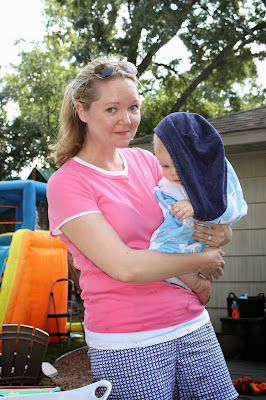 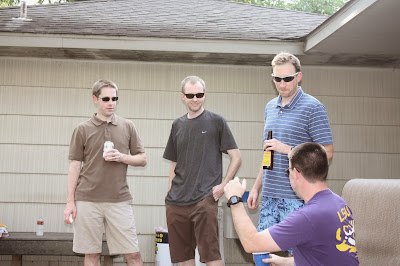 My favorite redhead, Miles, really enjoyed the splash-pad. I mean, who wouldn't? 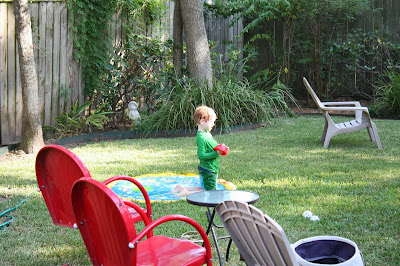 Email ThisBlogThis!Share to TwitterShare to FacebookShare to Pinterest
Labels: Friends